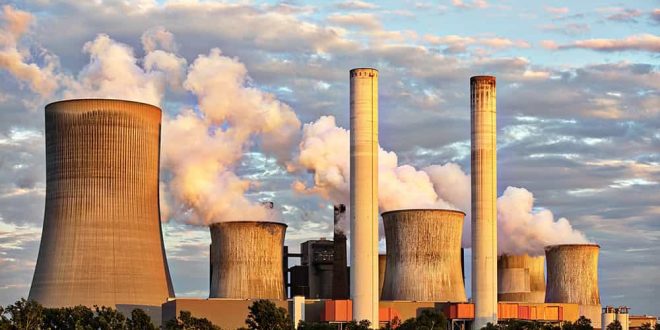 As the cash-strapped South African power utility, Eskom, struggles to meet the country’s ever-growing electricity demand, the Government has confirmed its commitment to comply with the 2015 Paris Agreement’s goals for 2050. But to reach its goal, there will need to be immense innovation and urgent action across multiple industries, including the construction industry.

2050 might seem a long way off, but with still about 83% of the country’s energy generated from coal, and indications that its Nationally Determined Contributions (NDCs) are highly insufficient, how much hope is there of South Africa achieving its net zero goal?

In 2020, the South African Government approved a goal to reduce greenhouse gas emissions to net zero by 2050 and launched a strategy. In February this year (2021), in his State of the Nation Address (SONA), President Cyril Ramaphosa re-confirmed the commitment.

NDCs are at the very heart of the Paris Agreement and represent each country’s commitment to achieving its long-term net zero energy goals. And South Africa’s goals are detailed in its Low Emission Development Strategy for 2050. Both are critically important and pivotal to the success of net zero energy efforts.

But what did Ramaphosa say about South Africa’s net zero commitment in his 2021 SONA? The truth is, not a lot.

Ramaphosa was accused by the mainstream media of doing little more than paying lip service to confronting the international climate crisis in SONA 2021. He did, though, acknowledge that “humankind faces its greatest existential threat in the form of climate change.”

Maybe that means something. But let’s see what he did say.

Admitting that Eskom is the largest emitter of greenhouse gases, he said that the Government was working to fulfil its commitments under the UN Framework Convention on Climate Change and its Paris Agreement, which includes reducing greenhouse gas emissions.

Eskom, he said, was “committed in principle to net zero emission by 2050 and to increase its renewable capacity.” But the power utility plans to partner with investors so it can repurpose and repower part of its coal fleet. This would be done in a way that would stimulate investment,  local economic activity, and local manufacturing, all as part of what he called “a just transition.”

Unsurprisingly, Ramaphosa also touched on ways that would improve Eskom’s dire financial position and help it to manage its debt. He said in a single breath that “renewable energy, natural gas, battery storage, and coal” would all be part of the plan to procure an extra 11,800 MW of power.

More positively, he said that the Government would ask for bids from the wind and solar energy sector that could generate an additional 2,600 MW of renewable energy.

Work on climate change would be guided by the Presidential Coordinating Commission on Climate Change that was meeting for the first time later that month (February 2021).

So, after signing the Paris Agreement in November 2015, South Africa a commission on climate change is only initiated six years later? Hopefully, the new 2021 commitment to net zero energy will be more meaningful.

According to Ramaphosa’s 2021 SONA, the goal is to achieve a plan for “a just transition to a low-carbon economy and climate-resilient society.”

Structural economic reforms are envisaged as part and parcel of this endeavour. These will aim to reduce barriers to entry, increase competition, stimulate new investment, create space for new entrants and entrepreneurs to the market, and reduce costs.

Since decreasing costs of solar energy equipment are driving solar energy worldwide, and making it work, this is vital.

The work would be driven via Operation Vulindlela that has a team in the President’s office and the National Treasury, he said.

If you prefer reading rather than watching YouTube videos, you can read Cyril Ramaphosa’s full SOMA here.

When the SA Government unveiled its low emission strategy in 2020, it called it “the beginning of our journey towards ultimately reaching a net zero economy by 2050.” An 88-page document published in February 2020, just before the first COVID-19 lockdown, South Africa’s Low Emission Development Strategy (SA-LEDS) 2050 sets bold targets.

So, the country has a strategy, but will it work?

Right now, the reality is that the country’s energy sector is still totally dependent on coal. And it remains one of the largest polluters globally.

As long as South Africa relies on coal, the likelihood of reaching its net zero emission target remains a pipe dream.

These plans comprise plans and opportunities:

These are all sub-strategies for the management of green and low carbon society that aim to decarbonize the country’s energy supply.

This plan analyzes demand trends and current energy supply within different sectors of the economy. It uses this data to project South Africa’s future energy requirements under various different scenarios.

It is seen as a mechanism that will allow Government to diversify the electricity generation mix and promote the use of renewable energy and other low-carbon technologies.

It outlines the shift from coal to renewable sources but retains fossil fuel as part of the plan until beyond 2030. This is partly in the form of investment in an additional 1,500 MW of new coal power plants before 2030.

Transformation of the electricity supply sector is detailed in the low emission development strategy. The figure below shows that coal capacity will have dropped to 44%. The remaining 56% is shared by wind (23%), photovoltaic (PV) solar panel capacity (11%), gas and diesel (8%), carbon capture and storage (7%), hydro (3%), nuclear (2%), and concentrated solar power (1%).

Earth Org, an international not-for-profit environmental organisation based in Hong Kong, points out that forecasts show 5,000 MW of coal-power capacity will still be operating in 2050. With new construction in Kusile and Medupi, a further 1,000 MW is due to come into operation in 2030.

This might change as several major SA banks have already indicated they are not willing to finance other planned coal-fired projects in Thabametsi and Khanyisa. But we can’t take this for granted.

Another factor driving the coal-power industry is a global trend in the coal sector to tout “clean coal” as a solution to air pollution. The Energy Systems Research Group (ESRG), based at the University of Cape Town (UCT) strongly opposes this approach. Jesse Burton, an associate at ESRG, points out that coal can never be completely clean.

He vehemently believes that it is “cost-optimal” for South Africa to phase out coal in the power sector by 2040. He says it needs to do this to fulfil its Paris Agreement goal to limit global average temperatures to below 2℃ without a significant negative impact on the economy.

These are offered via the 2007 Biofuels Industrial Strategy that still hasn’t been implemented. Say no more!

The LEDS strategy is integrated into existing city development plans and processes. And this is where the construction industry gets a place at the table and is challenged to do its bit to reduce fossil fuel energy consumption.

According to SA-LEDS there are four primary areas where it is possible to limit growth in energy demand as the economy and South African population continue to grow.

Initially launched in 2005, the National Energy Efficiency Strategy (NEES) outlines goals for improvements to energy efficiency to 2030. Measures to be implemented in each sector are also identified in the strategy document.

XA2 requires that at least 50% of hot water heating “shall be provided by means other than electrical resistance heating including but not limited to solar heating, heat pumps, heat recovery from other systems or processes and renewable combustible fuel”.

SANS 10400-XA, Energy Usage in Buildings, is a standard for energy-efficient buildings. Its requirements cover:

SANS 204, Energy Efficiency in Buildings, specifies the design requirements for energy efficiency in buildings with both artificial ventilation or air conditioning systems and natural environmental control.

It includes the local production of electric vehicles and batteries as well as fuel economy norms, and standards for fuel efficiency and emissions. A roll-out of solar-powered charging stations for electric vehicles is envisaged.

The stated vision for SA-LEDS is:

South Africa follows a low-carbon growth trajectory while making a fair contribution to the global effort to limit the average temperature increase, while ensuring a just transition and building of the country’s resilience to climate change

For the strategy to work and achieve a just transition, it needs to be implemented timeously. With this in mind, it sets out three phases with deadlines. These have short, medium, and long-term stages of transition.

The first phase, Starting Right, is already behind schedule. It seems that the SETs and other plans may only be developed later this year.

On 24 March 2021, Cabinet approved an updated draft NDC for public comment. It has been widely criticised for not being ambitious enough and falling short of its ability to meet the 2050 emissions goals.

A consultation process on the updated climate plan will run until the end of May. The final document will be submitted to the United Nations (UN) before the UN Climate Change Conference of the Parties (COP26) to be hosted by the UK in Glasgow between 11 and 12 November 2021.

Meanwhile, on 31 March 2021, Gwede Mantashe, the Minister of Mineral Resources and Energy attended a summit also hosted by the UK. Its focus was to consider the challenges and priorities for implementing the Paris Climate Agreement and Agenda 2030 for sustainable development in countries that are most vulnerable to climate change.

There is no argument that South Africa is one of these countries.

We Can Expect a Long Journey

Reiterating that the country’s energy transition will be “a journey,” he said it wouldn’t be the stroke of a pen that would switch off coal power stations and implement the move to renewables.

Clearly cognisant of the fact that the first phase of the so-called just energy transition is lagging, he said:

“We are not putting up excuses not to do things because there’s a Covid-19 pandemic.”

Mantashe has consistently maintained that the move to net zero emissions must be gradual. He also favours both “clean coal” and nuclear energy, stating that a significant role should be maintained for both. In Parliament this week he said nuclear energy from Koeberg was critical to the supply of energy in South Africa.

Nuclear energy is mentioned once in the low emission development strategy document, in the illustration above that shows the transformation of the electricity supply sector to 2030.

The document does note the need for cleaner coal technologies in the context of the NDP 2030 and the need for a just transition to a low carbon economy.

The question remains, will South Africa’s Low Emission Development Strategy for net zero emissions succeed? Will the goals set by the strategy be met by 2050?

The dilemma is that politicians say things but often don’t follow through. So how much faith can we have in the South African promise to reach a net zero economy by 2050?

The IRP outlines a shift from coal to renewable energy sources. But it retains fossil fuel as part of the plan until beyond 2030 with coal continuing to play a dominant role in the country’s energy mix. Even though the plan states that it aims for net zero by 2050, it is highly unlikely to happen.

There is also the issue of job losses when and if the Government decommissions coal power stations. This is why the long term low emissions development strategy aims at a just energy transition.

Ultimately, South African has the ideal climatic conditions for wind and solar as well as other forms of renewable energy. We don’t need to pollute the earth or put people’s lives in jeopardy by continuing to mine coal.

We will be keeping track of the South African Government’s attempts to reach its 2050 commitment. Watch this space!

Penny Swift is a highly regarded journalist and author of books relating to homes and construction.
Previous Loadshedding – The latest News
Next SA Confirms Commitment to Net-Zero Emission by 2050 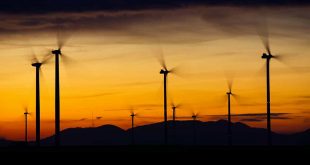