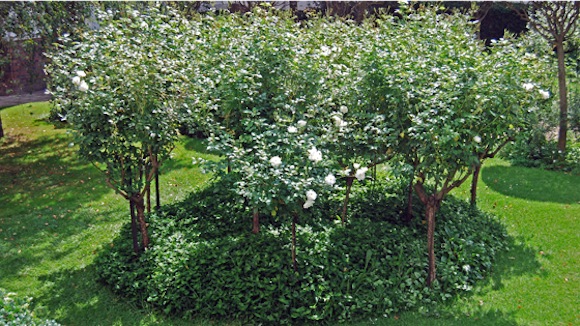 A bed of Iceberg standard roses with an Australian tufted violet groundcover filling the bed. 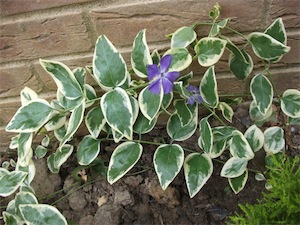 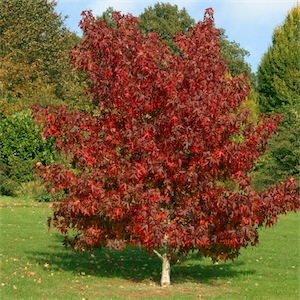 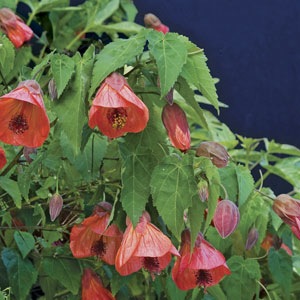 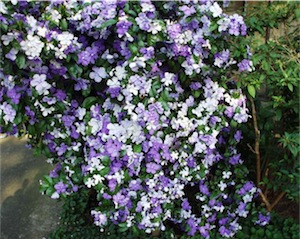 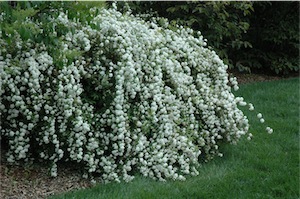 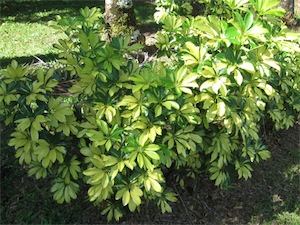