Are Drywalls Destroying the Environment? The American timber and drywall construction method is brought under the spotlight in a Wikipedia entry “Drywall”. You just have to look at the sulfur dioxide emmission figures never mind the mercury released during manufacture. It appears that this method is NOT good for our environment and Americans continue blissfully unaware or are ignoring the problem.

An extract from the Wikipedia entry is reproduced here:

North America is one of the largest gypsum board users in the world with a total wallboard plant capacity of 42,000,000,000 square feet (3.9×109 m2) per year (world wide 85,000,000,000 square feet (7.9×109 m2) per year).Moreover, the home building and remodeling markets in North America in the late 1990s and early 2000s increased demand. The gypsum board market was one of the biggest beneficiaries of the housing boom as “an average new American home contains more than 7.31 metric tons of gypsum.”

The introduction in March 2005 of the Clean Air Interstate Rule by the United States Environmental Protection Agency requires power plants to “cut sulfur dioxide emissions by 73%” by 2018. The Clean Air Interstate Rule also requested that the power plants install new scrubbers (industrial pollution control devices) to remove sulfur dioxide present in the output waste gas. Scrubbers use the technique of flue-gas desulfurization (FGD), which produces synthetic gypsum as a usable by-product. In response to the new supply of this raw material, the gypsum board market was predicted to shift significantly. However, issues such as mercury release during calcining need to be resolved.

Because up to 17% of drywall is wasted during the manufacturing and installation processes and the drywall material is frequently not re-used, disposal can become a problem. Some landfill sites have banned the dumping of drywall. Some manufacturers take back waste wallboard from construction sites and recycle it into new wallboard. Recycled paper is typically used during manufacturing. More recently, recycling at the construction site itself is being researched. There is potential for using crushed drywall to amend certain soils at building sites, such as sodic clay and silt mixtures (bay mud), as well as using it in compost.

A substantial amount of defective drywall was imported into the United States from China and incorporated into tens of thousands of homes during rebuilding in 2006 and 2007 following Hurricane Katrina and in other places. Complaints included foul odor, health effects, and corrosion of metal within the structure. This is caused by the emission of sulfurous gases. The same drywall was sold in Asia without problems resulting, but U.S. homes are built much more tightly than homes in China, with less ventilation.

Volatile sulfur compounds, including hydrogen sulfide, have been detected as emissions from the imported drywall and may be linked to health problems. These compounds are emitted from many different types of drywall, and at least one investigation has pointed to high levels being emitted from drywalls manufactured in the United States.

Coal-fired power stations include devices called “scrubbers” to remove sulfur from their exhaust emissions. The sulfur is absorbed by powdered limestone in a process called flue-gas desulfurization (FGD), which produces a number of new substances. One is called “FGD gypsum”. This is commonly used in drywall construction in the United States and elsewhere.

A number of lawsuits are underway in many jurisdictions, but many of the sheets of drywall are simply marked, “Made in China”, thus making identification of the manufacturer difficult. An investigation by the Consumer Product Safety Commission, CPSC, was underway in 2009. In November 2009, the CPSC reported a “strong association” between Chinese drywall and corrosion of pipes and wires reported by thousands of homeowners in the United States. 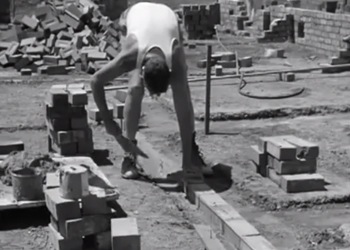